100 years of innovation and development

Hummeltorp Sverige AB was founded in 1973 by Bengt Otterström, who in 1955 started to develop and manufacture his own soil types made from peat, sand, clay and manure. Before 1955 soil were excavated from different types of arable land, which today is forbidden.

In the 1990s, the company also started accepting excavation spoil for recycling. On 1 March 2017, there was a generation shift in the Otterström family and the company is now managed by Bengt’s sons, Christer and Johannes Otterström. Today, the company produces and markets the very best plant soils on the market, many different circular products, like aggregates and recyclable ballast, as well as several new innovative construction materials.

Excavation spoil is still accepted at the facility, though in an increased format, more nuanced, and with greater consideration of the recycling rate. Hummeltorp Sverige AB aims to be the leading company in its niche with the main focus on recycling all (100%) excavation spoil, and to benefit nature and the future with natural climate smart circularity. Follow us on our journey!

1920
Torbern Otterström (grandfather of Christer and Johannes) runs Mörby Gård, a traditional farm in the Municipality of Haninge, south of Stockholm. As an graduated agronomist he passes on his values of caring and protecting nature and soil to his children and grandchildren.

1955
Bengt Otterström founds a company that produces topsoil in an new innovative way.

1956
Bengt Otterström excavates peat moss from a swamp and, at the same time, creates a lake. The peat is used to produce the innovative topsoil.

1957
Otterström Åkeri, a haulage company, is started, and wins significant contracts in the Stockholm region: the excavation of Brunkebergsåsen (1958), and construction work for Årstalänken (1967), Hallunda (1970), and Norsborg (1972).

1973
Mälarturf Gräsmatteodlingar (a turf and lawn company) is founded – the first in Europe with ready rolled turf.

1976
Hummeltorps Torvindustri is founded – the first to be able to excavate and take care of an entire peat layer (18 feet) for soil production.

1979
Hummeltorp is the first company to recycle horse manure to create a circular system. Partnership with Solvalla and Täby Galopp racecourses.

During the 1980s and forward, Christer starts and runs successful companies in several different sectors and countries, including North America where the foundations for many of today’s international joint ventures were laid.

1987
Stockholms Last & Transport (contractor and haulage company) is started by Christer and managed together with his sister Carina Otterström.

1992
Christer starts a successful program for troubled teens at the family ranch south of Stockholm. Later in 1995 Christer buys a mansion close to Gothenburg for the sole purpose of helping troubled teens. Christer is active in the program on an everyday basis for over 20 years. The program becomes one of the most successful in Sweden, with one of the lowest number of relapses 23 years out of 25. In 2018 Christer turns over the program to one of the top Healthcare companies in Europe.

1997
First machine with an exhaust purifier to reduce emissions, which at the time is in accordance with “Step I” engines.

1998
Inward deliveries of excavation spoil on a larger scale. Projects such as “Södra länken” and the expansion of Igelstaverket are contracted.

2010
Recycling of rebar from reinforced concrete.

2013
Successful project together with the County Administrative Board to raise the groundwater level in “Pålamalms” groundwater aquifer. Whish provides the Municipality of Haninge, south of Stockholm with fresh water. 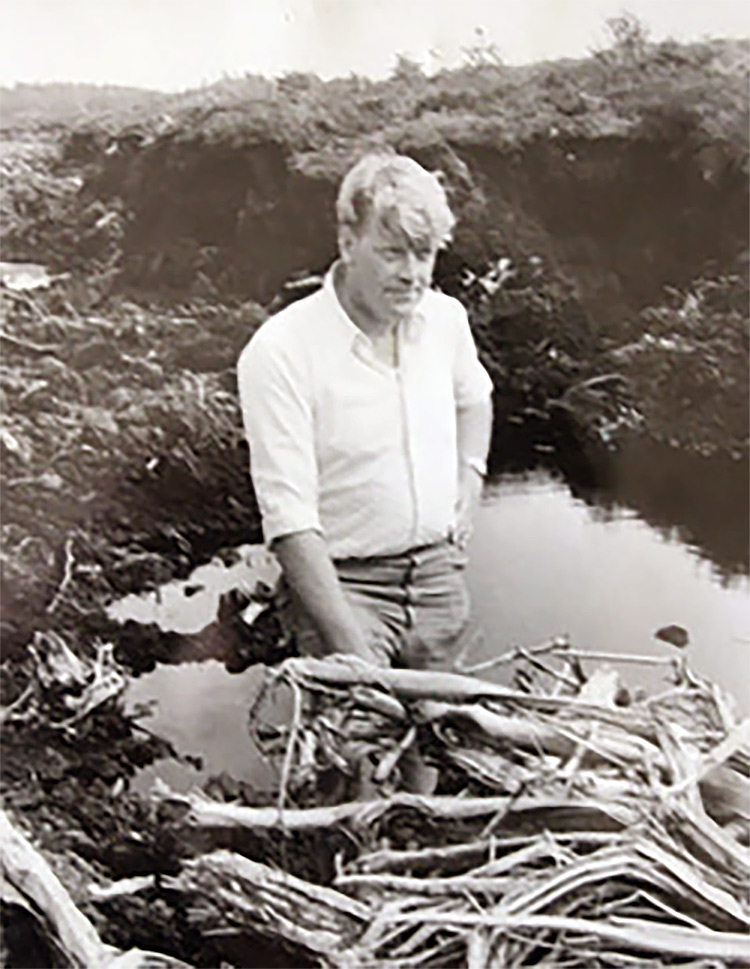